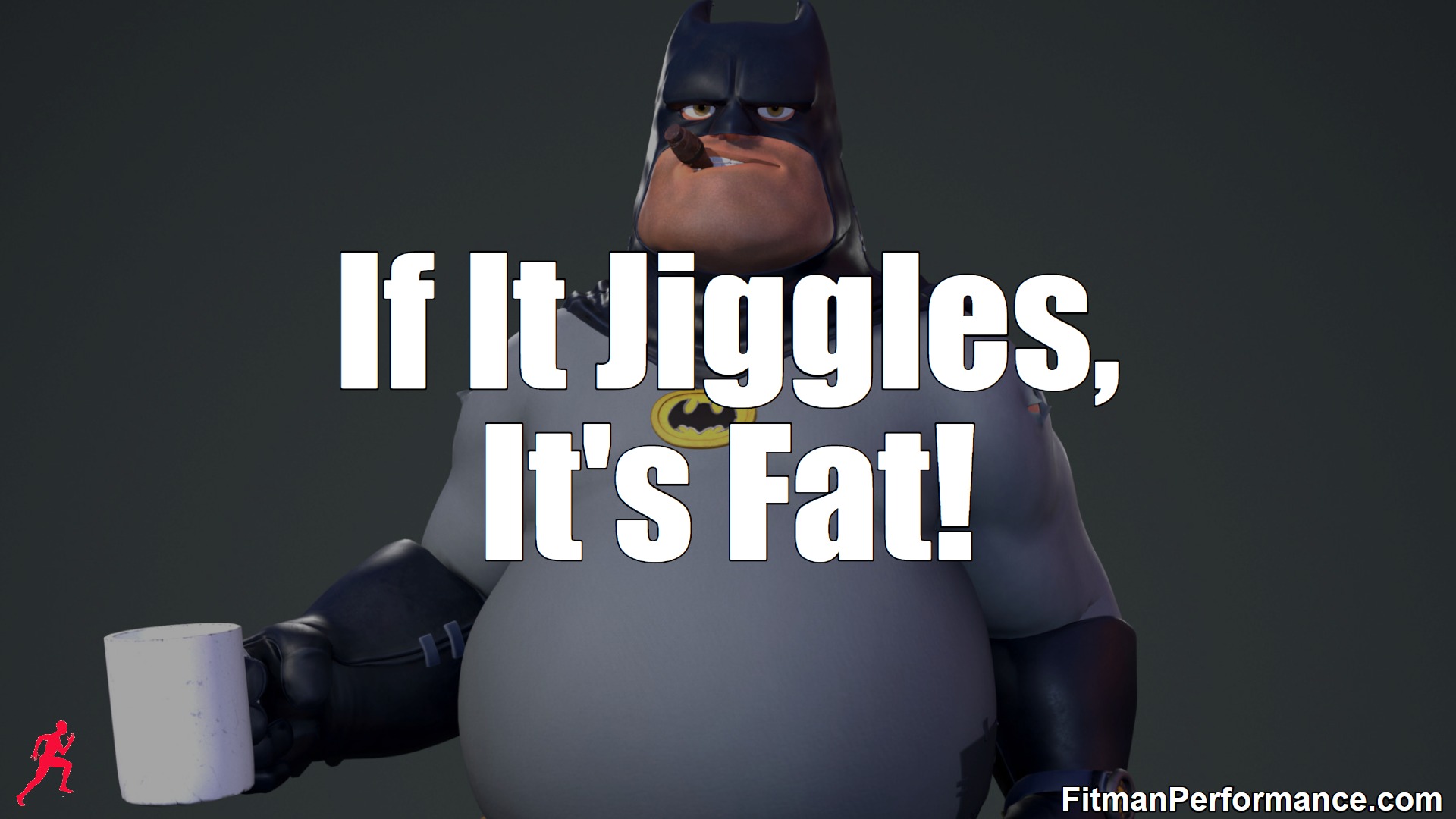 If your bank account is emptied out, then you are broke.

If you smell bad, then you stink.

If you only bro-train your upper body, then you are a C.H.A.R.M. (chest and arms only lifter)

And like Arnold once said if it jiggles, it’s fat!  Even Batman is not exempt.

In the fitness game, many people on social media try to make themselves appear more fit than they really are.  They do this by creating a false appearance of themselves.

They want to make themselves look like a superhero from the Marvel Universe.

They want to give off the appearance of a small, wasp waist and wide, curvy hips.

In the fitness game, many people on social media try to make themselves appear more fit than they really are. They do this by creating a false appearance of themselves. Click To Tweet

And since the early days of the fitness game (actually since the 1930s) many men have purchased “miracle” supplements (steroids) to help them build extreme levels of muscle mass and strength.

All of the above scenarios are nothing but pure fandango. Would you believe in him to save the day?

Editing pictures online will not save you.

I have run into some of these folks in person who I had only previously seen in pictures online.

Sometimes (a lot of the time) the in-person and online version of the person look like two different people!

Online they looked like a high-level, pro athlete.  But in real life they look like the guy or girl who didn’t make the team because they were out of shape and couldn’t cut it.

Women let me tell you that a “waist trainer” that holds in, compresses, and forces your fat gut to appear flat and tight is not the answer.

That is deception at its finest.

You may be able to get that meathead at the gym to notice you initially.

But what happens when the clothes come off and you are revealed as a fraud?

What happens when it is revealed that you do not have the tight, size 25 waist that you are claiming to have?  What if you are really rocking a 32 waist?

If he was me he would be out with the quickness!  Not because of how you look but because of the deception you started the relationship with.

Presenting a false image on day 1 starts the relationship with a lie.  That relationship has zero chance to prosper.

We all have physical flaws but it is the character flaws that are much more destructive.

The Phit Vixens of the game currently use these “waist trainers” to sell bogus training programs and diet products that are not effective at all in attaining that wasp waist.

But like the Joker said, “All they care about is money.”

Certain celebrities, Instagram “models”, and delusional women do this to make it appear as if they actually train hard.  When you see this you have to immediately know that it is pure fake hustle.

I have seen and known numerous fit, athletic women who have never worn a “waist trainer” but they still have small waists.

You know why?  They eat, train, and recover correctly! This is what the game has come to.

Thinking practically is it really a good idea to compress your organs with a modern corset and sell “tummy tea” to garner likes and attention on social media?

Get that stuff outta here!

I Fell For It

We have fallen for the supplement trick in muscle magazines since we hit puberty.  I’ve done it, you’ve done it, and every male you know who lifts weights has done it.

In our teens and early twenties, we think we are men but we are nowhere close to having that title.

Most of us are weak, insecure, or still looking for ways to try to impress some woman instead of elevating our own lives.

We buy Supplement X in hopes of looking like the bodybuilder who is advertising it.

The bodybuilder in the advertisement is surrounded by attractive (and financially compensated) women.  As young men, we think he is the perfect embodiment of a real man.

As young men, we believe that because when we look like the bodybuilder, these nice-looking, fit women will chase us, and we will become the hero.

Do we ever end up looking like the bodybuilder in the advertisement?  NO.

Do we gain an extreme amount of muscle mass in a short amount of time?  NO.

Do women lose control and sweat us hard because of our big biceps?  NO.

Do we waste our money on unproven supplements?  YES.

In life, the best way to handle something is to address it.

If you are broke, then start a profitable business you are passionate about and start to make better financial decisions.

If you stink, then take a warm shower or two every day and improve your overall hygiene.

If you are a C.H.A.R.M and have legs that resemble pipe cleaners, then begin to train your legs 2 to 3 days per week to bring them up to the level of your upper body.

And if you are fat and want to get leaner, it is time to follow a progressive training program, start sprinting, and get your nutrition in order.

fat loss, if it jiggles
Previous Post
Do It For Yourself
Next Post
How To Get Tougher In The Gym